Skip to content
Today I went to the hospital to stay overnight for the examination early tomorrow under general anesthesia. I was picked up by a taxi at 2:30 PM. The driver was from Iraq and talked not so good swedish but it was ok, we understood each other and he was very kind. We arrived at Sahlgrenska about 5:15 PM. I checked in to women’s clinic and I was given a room with 2 beds but I was alone. I tried to take a nap but i couldn’t sleep. I got evening meal at about 7:00 PM, this was not so much so I ate the rest of my chocolates and peanuts I bought when we stopped for gasoline on our way here. 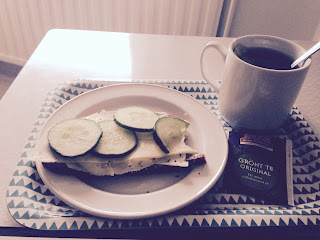 Later in the evening I felt like having a fever and a nurse took my temperature, I had 38.1°C. They checked my blood and I left urine samples and they found out I had bacteria in the urine, that I had urinary tracts inflammation. I got antibiotics and I was monitored all the evening. It felt so comforting that I was already at the hospital when things like this arises.

I stayed at room 12 on the 3rd floor with this view on my window…it’s nice weather today, I even had my window open for a fresher air. 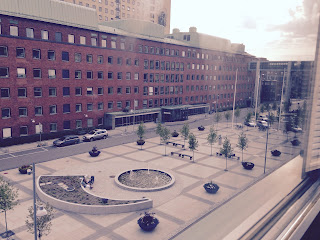 I had a little chat with my family and good friends before I went to sleep.